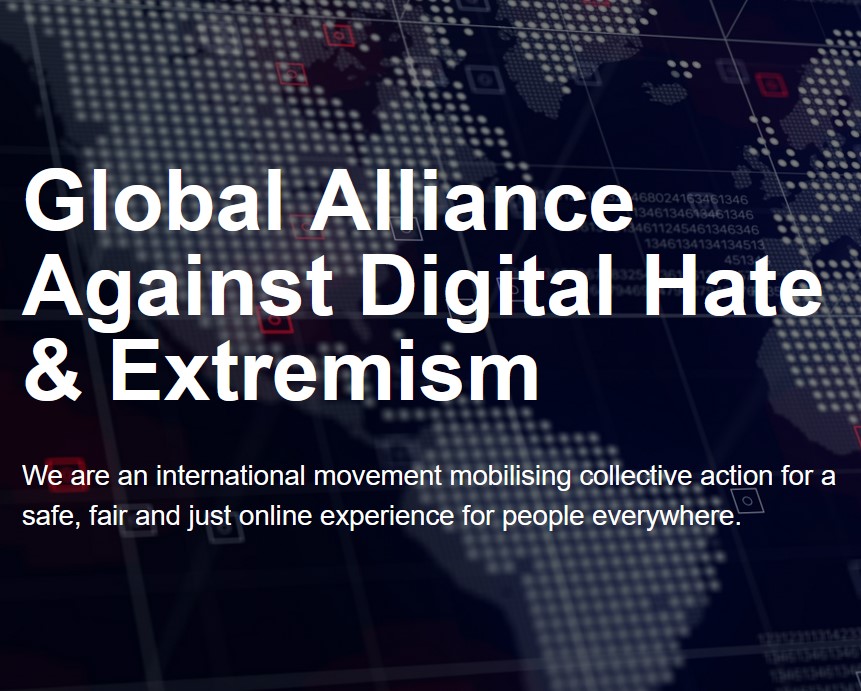 This week the Global Alliance Against Digital Hate and Extremism held its inaugural event and sent a letter to major tech companies demanding they take action to protect their users and inclusive democracies around the globe. 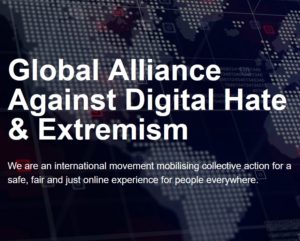 ‘We have come together to demand action and transparency from tech companies,’ said Wendy Via, co-founder of the Global Project Against Hate and Extremism. ‘Tech companies say they are doing what they can, they say their policies are global, but the truth is that there is not enough transparency in how tech companies designate dangerous organizations, too many authoritarian leaning politicians continue to enjoy dangerous exemptions, and content moderation and user safety in non-English languages is light-years behind. All of this is causing real harm around the world.’

The speakers’ stories exemplified how tech companies are complicit in the spread of real life hate, violence, and extremism, and speakers implored tech companies to take immediate action in the name of safety for people around the world.

Ro Sayedullah with Rohingya Student Network and Lucky (last name withheld for security reasons), Rohingya activist and student, shared their experience of living through a genocide in which Facebook played a role.

‘Facebook destroyed our life,’ said Lucky. ‘It changed our life into an unacceptable situation. Facebook knows what it did to us, but is still not listening to our voices. Facebook is rejecting our call. Let’s get hand in hand to fight against Facebook’s oppression.’

‘The contributions of Facebook have created hell for us,’ said Sayedullah. ‘I will not give up, I will fight and will inspire people continuously to fight against the human rights violations of Facebook.’

The wide array of speakers showed how widespread the problem of digital hate is throughout the globe, and how people everywhere are actively harmed by tech companies inaction – from genocide, to online harassment, to real-life discrimination, to far-right and anti-democratic events.

‘The vile pro-war propaganda of the Putin regime was enabled on global social media platforms and the companies have been slow to remove it,’ said Rafal Pankowski, co-founder of the ‘NEVER AGAIN’ Association in Poland. ‘In fact, contrary to the platforms’ claims, it is often still present there. Moreover, far-right disinformation and incitement against the refugees from Ukraine is rampant and the platforms again fail to react.’

Another speaker, Hayder Hamzoz, founder of Iraqi Network for Social Media, said ‘hate speech on the Internet in Iraq has kidnapped the lives of our friends, and strong voices like Dr. Reham Yaqoob who fought for human rights and women’s voices. Social media companies must bear responsibility for the double standards they follow in content moderation and deliberate ignorance of the hate speech on their platforms in our region’.

While people in the United States and the Global North also been harmed by online violence and hate, the people and communities in the Global South are particularly harmed by the tech companies’ inaction.

The Steering Committee of the Alliance also sent a letter laying out demands to tech companies on Tuesday to Meta (Facebook, Instagram and WhatsApp), Twitter, TikTok, Google, and YouTube. The letter asked tech companies to ensure that their policies, community standards, and algorithms are designed to minimize harm and that those policies are appropriately and globally enforced.

According to the letter, ‘real-world, systemic issues – from far-right extremism to genocide to caste and religious discrimination to gender bias and racism – are made worse by the business practices of major internet and social media companies. We cannot strengthen democracies and protect human rights while companies amplify and reward hate and extremism.’

Specifically, in the letter, the Alliance asked tech companies to take the following actions:

– End exemptions from content moderation for the politically powerful and influencers globally and implement fact-checking for all political ads.

– Clarify and improve definitions of ‘dangerous individual and organization’ designations and ensure their enforcement, with the input of civil society and experts, not only in the U.S. and Europe, but in the Global South. For those companies that do not have such a policy, we strongly believe one must be put in place.

– Expand and ensure proportionate resources for content moderation in all languages and cultural competency for all regions of the world where your business operates.

– Fix and design algorithms to end their amplification of disinformation, hate and extremism.

‘Through international collaboration and collective action, we’re confident that we can, and will, achieve transparency from ad tech companies and the more equitable and consistent application of fairer and stronger hate speech and community standard policies across the globe,’ said Bissan Fakih, Senior Campaigner with Digital Action. ‘The time is now.’