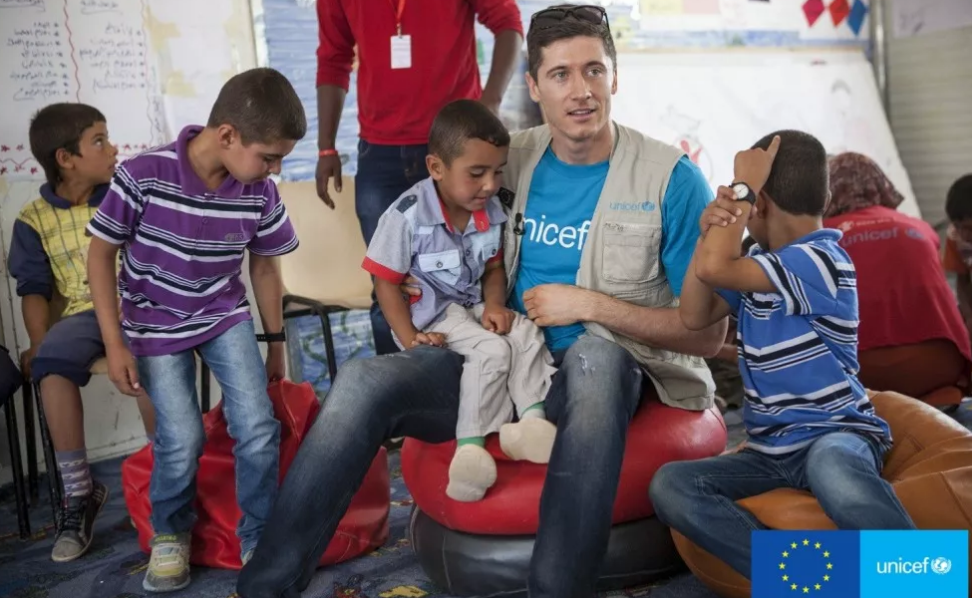 Robert Lewandowski has officially become an FC Barcelona player and will wear the club’s shirt bearing the logo of the United Nations’ main agency for refugees (UNHCR, Spanish: ACNUR).

As a Barcelona player, Lewandowski will be able to join the fight for the rights of refugee children and youth from across the world. In mid-June, the Catalan club signed an agreement with the office of the United Nations High Commissioner for Refugees (UNHCR), according to which it will be allocating 400,000 euros a year to humanitarian activities in Colombia, Turkey, Uganda and Malaysia. FC Barcelona’s president, Joan Laporta, has said the priority is to ‘focus on refugees around the world, which is one of the most serious problems that we are currently facing, with 100 million refugees or displaced people (according to UNHCR figures) to whom we need to respond. This figure has increased due to the crisis in Ukraine. With this agreement, UNHCR and FC Barcelona are making an extraordinary commitment to the world.’ 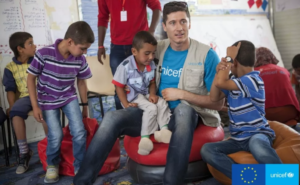 The best player in the history of Polish football and the captain of the Polish national team has been supporting for years people who had to leave their homes due to war and persecution. In May 2014, Robert Lewandowski, as the UNICEF Goodwill Ambassador, visited the Syrian refugee camp in Zaatari, Jordan. At that time, over 100,000 people were staying there, more than half of whom were children. The civil war in Syria has been going on since 2011. According to the United Nations, nearly 12,000 children were killed or injured during the war. Lewandowski, together with two boys, Hisham and Mohammad, visited the place where the children spend their free time, which helps them deal with the traumatic experiences. The footballer appealed: ‘We must be open to the children’s voice. Give them your voice, tell your relatives and friends that there are children all over the world who are waiting for our help and interest. Help us tell their story. Your voice is priceless for these children.’

Two days after the start of the Russian invasion, Lewandowski, in a gesture of support for the people of Ukraine, appeared in an armband in the colors of the country’s flag (during the Bundesliga match Eintracht Frankfurt – Bayern Munich). After the match, he posted a comment on Twitter: ‘As an athlete, I can’t pretend nothing is happening. Stand With Ukraine.’ In addition, Lewandowski donated this unique armband to a charity auction. The proceeds (27,000 Polish zloty) were allocated to the purchase of medical first aid materials and their transport to Ukraine. The footballer also played with the Ukrainian yellow and blue armband in the match between the national teams of Poland and Sweden (29 March, the final play-offs for promotion to the World Cup).

However, in reaction to such an open presentation of his anti-war position, Lewandowski was harassed on social media by Polish hooligans and ultra-nationalists. Apart from signs of appreciation for the footballer and expressions of solidarity with Ukraine – there also appeared xenophobic comments. Here are examples of such content published on Twitter: ‘He was a Pole once’, ‘This is no longer our national team. This is a clear betrayal of the country and the fans’, ‘Face next to the shoe and f.ck the sucker who wears foreign colours’, ‘He bowed in front of the Jews in the match so as not to offend them’, ‘Did we have too few gestures of solidarity with the Bandera followers? [Stepan Bandera was the leader of the Organisation of Ukrainian Nationalists; in practice, the term ‘Bandera’ is frequently used in Poland today as an ethnic slur against Ukrainians – editor’s note] What else to come? Maybe we are supposed to unite our countries immediately and create Ukro-polin [Polin in Hebrew means Poland. Ukropolin is a conspiracy theory according to which Poland would be seized by Jews and Ukrainians – editor’s note]’.

The ‘NEVER AGAIN’ Association reported a number of the hateful posts to the Twitter administration, some of which have been removed.

In April 2022, the ‘NEVER AGAIN’ Association published a report entitled ‘Let’s Maintain Solidarity with the Refugees’ detailing incidents of discrimination and hate speech against Ukrainians, refugees and national minorities in Poland in the context of the ongoing war (READ PDF). 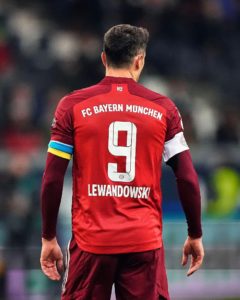