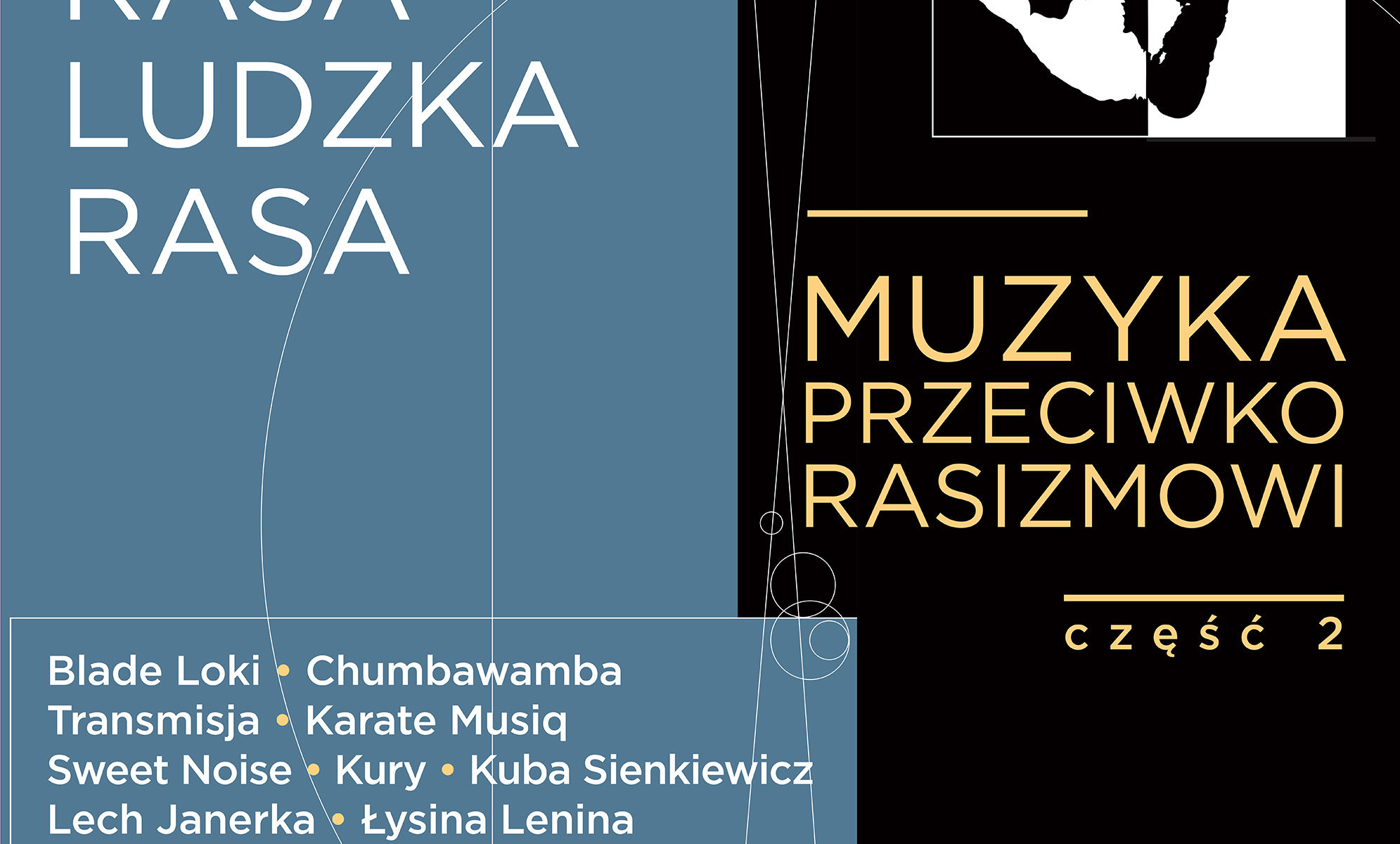 The ‘NEVER AGAIN’ Association has announced the release of the historic album ‘One Race – Human Race. Music Against Racism: Part 2’, for the first time on vinyl.

The compilation record was initiated by the late Marcin Kornak, a human rights activist, poet and the founder of the ‘NEVER AGAIN’ Association. Marcin’s friends emphasize that ‘the new release of the album is dedicated to his memory’. 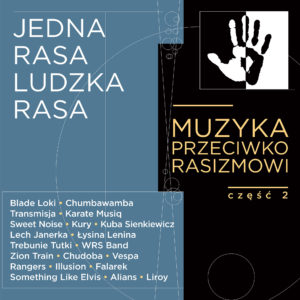 The record was previously released in 1998 on CD and cassette by the independent label QQRYQ Productions as the second part of the ‘Music Against Racism’ series. It has gone down in history as a statement of resistance against intolerance and violence.

The double album contains tracks from artists representing a diverse range of musical styles and worldviews. Some of the contributions come from British bands known for their anti-racism activism, Chumbawamba and Zion Train, with others from renowned Polish musicians such as Robert Brylewski (with Falarek), Tymon Tymanski (with Kury), the bands Alians and Sweet Noise, and even Polish hip-hop star Liroy (rapping anti-fascist lyrics from Bertolt Brecht). Trebunie-Tutki, a multi-generational family band, combined Polish Highlander folk with Jamaican reggae in a track inspired by Bob Marley.

The album includes a special song: ‘Let’s Kick Racism Out of Stadiums’, which was recorded by members of punk rock groups Robotnik and Uliczny Opryszek, under the name WRS Band. The lyrics were written by Marcin Kornak and have become a manifesto of the ‘Let’s Kick Racism Out of the Stadiums’ campaign, initiated in 1996: ‘The place for fascism is in the trash, let’s kick racism out of the stadiums, let’s reclaim football from the thugs’.

Marcin Kornak (1968-2014) was the founder and leader of the ‘NEVER AGAIN’ Association, the editor-in-chief of the ‘NEVER AGAIN’ journal and the initiator of the groundbreaking register of hate crimes in Poland, known as the ‘Brown Book’. He was also a poet and songwriter, working with several independent rock bands. From the age of fifteen, due to an accident, Marcin Kornak lived with a physical disability. In 2011, he was awarded the Officer’s Cross of the Order of Polonia Restituta – one of the highest honours in Poland.

In an appeal placed on the cover of the ‘One Race – Human Race’ record, he warned: ‘Racism is fostered through ignorance. It is the type of ideology which always leads to atrocity, because its main component is hatred against diversity. Humans, on the other hand, although the same in their nature, differ in their culture, religion, convictions, the colour of their hair, eyes, skin… and that is wonderful, because it makes this world and this life so fascinating. This is also why racial categorization is so dangerous – it threatens the most fundamental human right, the right to exist’.

Inspired by Rafal Drzycimski’s original 1998 design, the new album cover was designed by Witold Popiel, an alumnus of Academy of Fine Arts in Warsaw.

The record was released in collaboration with Jimmy Jazz Records from Szczecin, who specialize in promoting alternative music. The album’s release is as a commemorative product, and is not intended for commercial distribution.

For the first time, the ‘One Race – Human Race. Music Against Racism: Part 2’ record is also available in full on YouTube (full album) and Daily Motion: side A and B, side C and D.

This year, the ‘NEVER AGAIN’ Association celebrates 25 years of activity. ‘NEVER AGAIN’ is an independent anti-racist organization founded in Warsaw in 1996, which has campaigned against antisemitism, racism and xenophobia, and for peace, intercultural dialogue and human rights both in Poland and internationally.