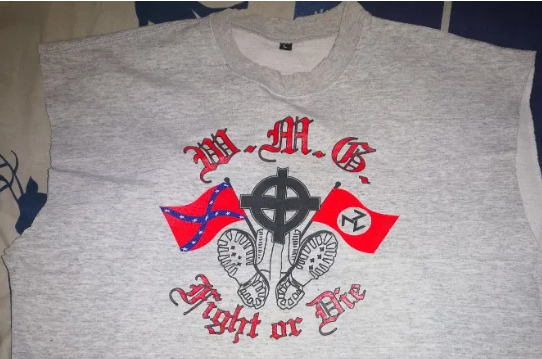 Poland’s largest ad platform OLX and the ‘NEVER AGAIN’ Association have partnered together to monitor and delete sales of racist, fascist and antisemitic propaganda items. In the joint declaration, both sides commit to act in line with Polish and international law and in particular with the United Nations Convention on the Elimination of all Forms of Racial Discrimination.

OLX is owned by the South African technological corporation Naspers.

In the first weeks of the partnership, OLX, acting on the ‘NEVER AGAIN’ Association’s recommendations, deleted 655 offers of neo-nazi gadgets, such as a lead plaque ‘celebrating Hitler’ and badges with Nazi SS symbols. Some of the deleted offers also featured extremely antisemitic books such as the ‘Protocols of the Elders of Zion’ – the most popular antisemitic pamphlet of the 20th century, and ‘The Controversy of Zion’ (Strategy of Zion in Polish) by Douglas Reed, a Holocaust denier. Other deleted items included releases of Polish and foreign music bands that support nazism and racism. 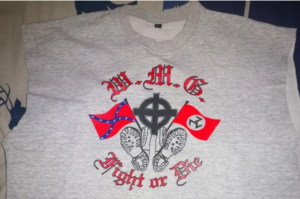 According to Rafal Pankowski, Professor of Sociology at Collegium Civitas and co-founder of the ‘NEVER AGAIN’ Association: – ‘It is symbolic that the first item to be deleted was a hoodie with a Celtic cross (an international symbol of white supremacy), a flag of the Confederacy (which fought to uphold slavery in the American Civil War), and a three-armed swastika used by the South African neo-nazi group Afrikaaner Resistance Movement (AWB).’

Members of this organisation fought against against the dismantling of racial segregation by committing terrorist attacks and murders. Janusz Walus, a Polish emigrant who murdered anti-apartheid activist Chris Hani in 1993, was a supporter of AWB.

Dr. Anna Tatar from the ‘NEVER AGAIN’ Association said: – ‘As part of the partnership, NEVER AGAIN will support the OLX Group through expert consultations and provide recommendations on ways discrimination can be tackled. This involves trainings to educate employees on how to identify racist and fascist content.’ Together with organisations outside Poland, the association will also report similar content on OLX platforms in other countries, such as Romania and Hungary.

Phuthi Mahanyele-Dabengwa, Chief Executive Officer of Naspers South Africa voiced her support for the partnership between the ‘NEVER AGAIN’ Association and OLX: – ‘Both Naspers here at home and OLX in Poland abhor and condemn any form of racism and xenophobia and any attempt to disseminate hate speech of any kind.’ She also added, ‘Our team in Poland has also been engaging with NEVER AGAIN and we welcome their commitment to fight racism and discrimination. NEVER AGAIN has been working with OLX to further identify (limited incidents of) content that break the rules and are listed on the platform.’

For a number of years now, the ‘NEVER AGAIN’ Association has also been in partnership with the large online sales platform Allegro to eliminate sales of fascist and racist propaganda items. On 21 March 2018, the International Day Against Racial Discrimination, the association became a partner in the Partnership to Protect Rights, created by Allegro. As a result of the partnership, between March 2018 and March 2021 the platform deleted 99 percent of items identified by ‘NEVER AGAIN’, which was over 12 thousand offers in total (the final decision to delete an auction is taken by Allegro based on its terms and conditions). Among those offers were replicas of SS medals, flags of the Third Reich, as well as CDs of neo-nazi bands and books promoting antisemitism and Holocaust denial.

Among the items removed from the Allegro site upon intervention by the ‘NEVER AGAIN’ Association was a book entitled ‘The Way of a Nationalist’ by Tomasz Greniuch, who was, for a short time, director of the Wroclaw chapter of the state-sponsored Institute of National Remembrance (IPN). The book contains praise of fascist movements. The author refers to the antisemitic conspiracy theory, according to which a ‘world government’ was supposedly aiming to destroy Poles and Poland ‘in the time of Zionist triumph, when the idea of globalism presumes the enslavement of all the nations of the world into one superpower under the aegis of the world diaspora.’ Moreover, in his book Greniuch supports the Hitler salute: ‘We are not ashamed of our views, or of our tradition. To us the Roman salute, the greeting of the Aryan Europe, shown by raising the right arm in the direction of the sun is not a gesture meant to order beer.’ He also praises the Belgian SS officer Léon Degrelle, who was sentenced in absentia to the death penalty for his collaboration with Nazi Germany, and Corneliu Codreanu, creator of the Iron Guard, the Romanian fascist organization responsible for anti-Jewish pogroms.

Tomasz Greniuch was the leader of the fascist group National Radical Camp (ONR) in the Opole region of Poland. His many years of extremist activity have been documented by the ‘NEVER AGAIN’ Association in the ‘Brown Book’, a publication which monitors hate speech and hate crimes. In 2005, Greniuch co-organized a march to commemorate the 1936 anti-Jewish pogrom in the town of Myslenice. A year later, he publicly gave a ‘Heil Hitler’ salute in a student club at Opole University. He was also the founder and co-organizer of the so-called Independence Day March in Warsaw. In 2016, the program of the international far-right music festival ‘Eagle’s Nest’ included a discussion meeting with Greniuch. In 2018, he was awarded the Bronze Cross of Merit by Polish President Andrzej Duda.

Since 2018, Greniuch worked in the Opole branch of the Institute of National Remembrance, becoming head of the branch in November 2019. In January 2021, he organized an exhibition glorifying the wartime Holy Cross Brigade of the far-right National Armed Forces (NSZ), which had openly collaborated with the German Nazis. In February this year, Greniuch was appointed as Director of the Wroclaw chapter of the Institute of National Remembrance. Following protests against his appointment, both in Poland and internationally, he resigned from the position. 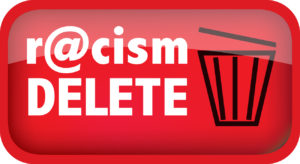