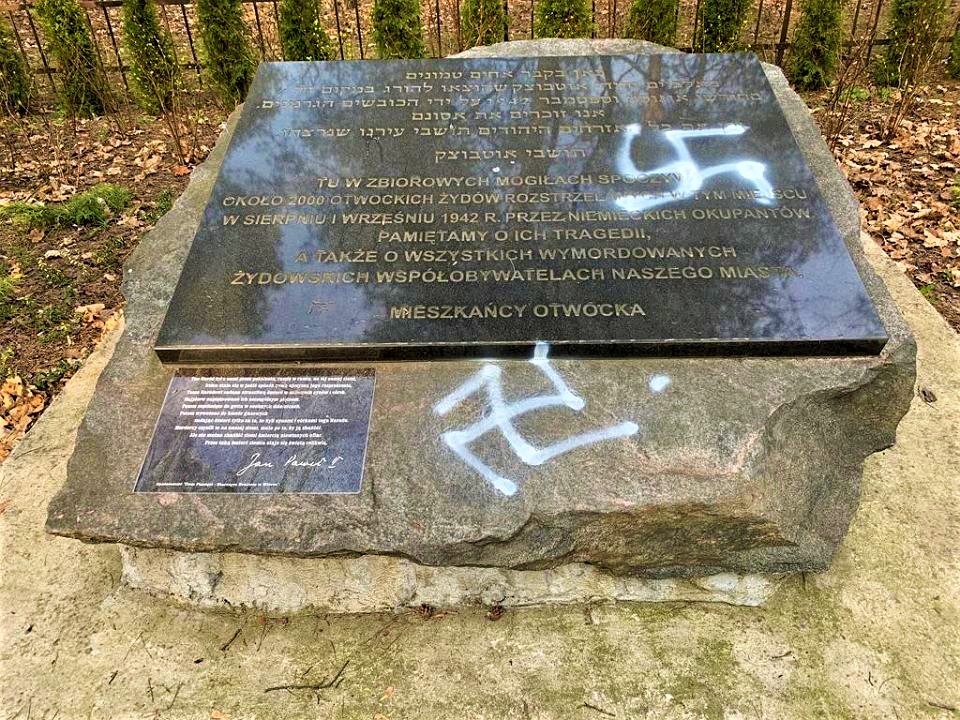 To mark the International Human Rights Day, the ‘NEVER AGAIN’ Association has published a new edition of the ‘BROWN BOOK’, which constitutes documentation of hate crimes, racist and xenophobic incidents. This report collects acts of violence and examples of extremist hate speech in Poland in 2019.

– ‘Memory of the tragic past obligates us to take responsibility for words, especially in the age of the internet and its unlimited range’ – said Dr. Anna Tatar from the ‘NEVER AGAIN’ Association, the main author of the ‘Brown Book’. She added, ‘In this monitoring project we note numerous cases of language used in order to incite hatred against entire groups. This propaganda is conducive to physical aggression’.

In the ‘Brown Book’, during the last few months the ‘NEVER AGAIN’ Association noted numerous acts of violence against people belonging to sexual minorities in particular. Contempt for these people manifests itself in public announcements of politicians and journalists, as well as members of the clergy. In recent elections to the Sejm (the Polish Parliament), seats were won by extreme-right activists under the banner of the Confederation (Konfederacja) group, which demands punishments such as ‘flogging’ for homosexuality (Grzegorz Braun), announces ‘kicking out of LGBT from Polish public space’ (Robert Winnicki), or ‘slaughtering of those elite groups which promote deviancy’ (Janusz Korwin-Mikke). 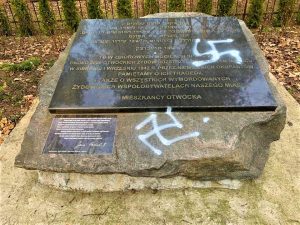 The ‘Brown Book’ documents selected incidents from 2019, such as: beatings, damage to cemeteries and monuments dedicated to minorities, extreme nationalist demonstrations, racist and homophobic insults, cases of hate speech in the media, and acts of discrimination, as well as ideologically motivated signs of hostility towards minority groups. The list also includes examples of incidents in which football fans took part, amongst other acts, the unfurling of racist and xenophobic flags in stadiums, or shouting offensive slogans during football games.

Some of the many incidents documented in the ‘Brown Book’ include:

A group of assailants shouted xenophobic abuse and assaulted a citizen of Ukraine who was an employee of a transport company. During a taxi ride, they demanded that the driver change the music to ‘disco polo’. When he refused, they stated that he ‘does not respect the country, to which he came’, abused him verbally, and shouted ‘You f…ing Ukrainian, go back to where you came from,’ (Warsaw, the night of 8th March).

One resident of a housing complex attacked his neighbour for homophobic reasons. He shouted, ‘You faggot!’, and punched him in the face with his fist (Warsaw, 14th March).

Residents of the town of Pruchnik took part in a rite known as the ‘hanging of Judas’ which has antisemitic undertones. They dragged an effigy through the streets, flogged it with sticks, and finally set fire to the huge straw doll, which resembled a stereotypical Orthodox Jew (Pruchnik, April 19).

On the wall of a Jewish cemetery, someone painted a set of gallows with the word ‘Jude’ (Jew in German) hung from them (Oswiecim, 21st April).

Two men attacked a black student from the United States who was participating in a Holocaust research tour (Warsaw, 30th May).

In an elementary school, an eleven-year-old pupil with Asperger’s Syndrome, was harassed. The school principal as well as one teacher reportedly humiliated her, derided her, called her names, and threatened her (Szynkielow, 11th June).

A man attacked a woman wearing a hijab and her three-month-old baby. He shouted: ‘Get the f…ck out, you dirty people,’ and made the gesture of the fascist ‘Heil Hitler’ salute, shouting ‘White power!’ (Rzeszow, 2nd August).

Four assailants mugged and verbally abused an employee of a kebab bar who was a citizen of Bangladesh (Lodz, night of 21st September).

A parking attendant attacked a citizen of Egypt for racist reasons. He shouted at him, ‘F…k off from our country’ (Lodz, 15th October).

The initiator and creator of the ‘Brown Book’ for many years was the late Marcin Kornak (1968-2014), the founder of the ‘NEVER AGAIN’ Association. Its title was inspired by the history of anti-Nazi resistance. This documentation has continued for over twenty years, and has earned international recognition as the most reliable and independent source of information related to xenophobic violence in Poland.

In 2019, the ‘Brown Book’ has won the support of the Citizens Fund, governed by the Fund for Poland under the honorary patronage of Adam Bodnar, the Human Rights Commissioner (Ombudsman). In 2018 he received the Norwegian Thorolf Rafto Prize, awarded for championing human rights and independent judiciary in Poland. In accordance with the wishes of Adam Bodnar, this prize was donated to the Citizens Fund to promote human rights activism in Poland.

The ‘NEVER AGAIN’ Association is an independent organisation established in Warsaw in 1996. ‘NEVER AGAIN’ has campaigned against racism, antisemitism, and xenophobia, both in Poland and internationally.

The selection of racist and xenophobic incidents for 2019, documented in the ‘Brown Book’ can be found in: https://www.nigdywiecej.org//docstation/com_docstation/172/brown_book_2019.pdf