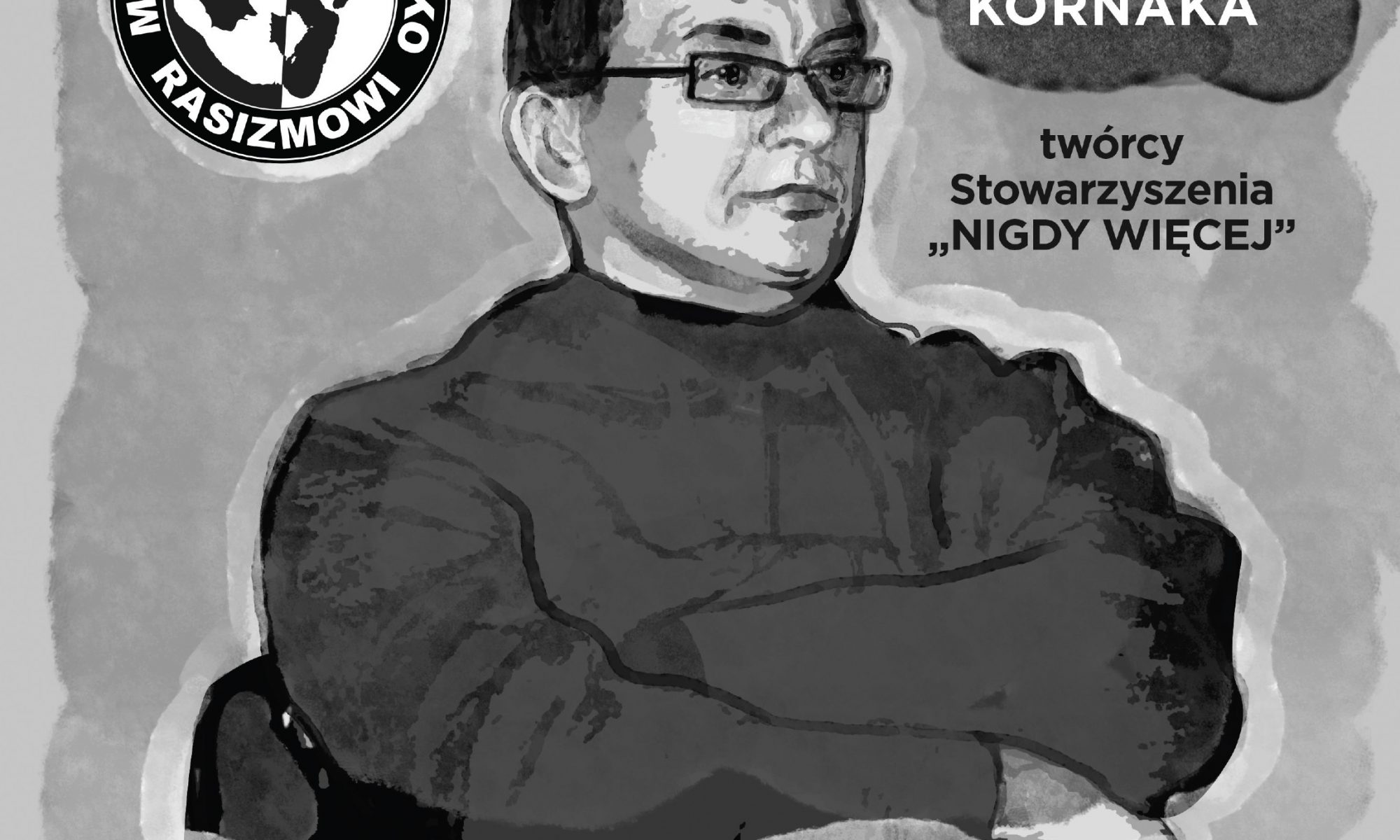 The NEVER AGAIN Association has released a special vinyl record to commemorate Marcin Kornak, the late founder and chairman of NEVER AGAIN, one of the stalwarts of the Polish anti-racism movement. 20 March marks the fifth anniversary of his passing and 21 March is the UN International Day Against Racism.

Marcin Kornak (1968-2014) launched the high-profile campaigns ‘Music Against Racism’ and ‘Let’s Kick Racism Out of Stadiums’. As the editor-in-chief of the NEVER AGAIN journal, he initiated the ground-breaking register of hate crimes in Poland known as the ‘Brown Book’. For his civil society activism, Marcin was awarded the Order of Polonia Restituta, one of Poland’s highest distinctions. Moreover, the Friends of Integration Association, working in the field of disabled people’s rights, granted him the title of Person Without Barriers (Marcin was physically disabled since he had had a serious accident at the age of 15). He was also an Ambassador for the Centre for Access to Football in Europe (CAFE).

The special EP entitled ‘I Know My Path is Right’ includes tracks dedicated to the memory of Marcin Kornak by two Polish rock bands closely associated with NEVER AGAIN: Qulturka and Skowyt. Their songs address the issues of bigotry and violence.

Marcin Kornak, who was also an acclaimed poet and author of alternative rock lyrics, launched the Music Against Racism campaign in 1996. Over the years, numerous artists representing diverse genres joined NEVER AGAIN to say no to racism and intolerance. The NEVER AGAIN Association released a whole series of records under a common motto of Music Against Racism, including hip-hop, electronic, metal, and reggae compilations. The campaign’s emblem accompanied more than 1400 concerts and festivals, while over 300 bands put it on their album sleeves – the open white-and-black palm of a hand symbolizes peace, friendship and diversity.

The cover for ‘I Know My Path is Right’ was designed by Witold Popiel, a NEVER AGAIN activist and graduate of the Warsaw Academy of Fine Arts. The record was produced in cooperation with the independent label Jimmy Jazz Records. As a commemorative item, it will be distributed free and will not be sold commercially.

Qulturka is a punk-rock band founded in Pila in 1995. Its partnership with NEVER AGAIN concerning anti-fascist actions dates back many years. In 2010 the band recorded an album called ‘White, Yellow, Red, Black’ in support of the Music Against Racism campaign.

Skowyt debuted with ‘Achtung, Polen!’ in 2011 released under the patronage of Music Against Racism. The band’s name – translated as The Howl – refers to Allan Ginsberg’s poem of 1956, which condemned soul-crushing conformity and helped kick off the entire Beat Generation.

The NEVER AGAIN Association was founded by Marcin Kornak in 1996. It has campaigned against racism and xenophobia, and for peace, intercultural dialogue and human rights both in Poland and internationally. Among others, it has conducted large-scale anti-racist activities at the Polish Woodstock festival, the biggest open-air free music festival in Europe.