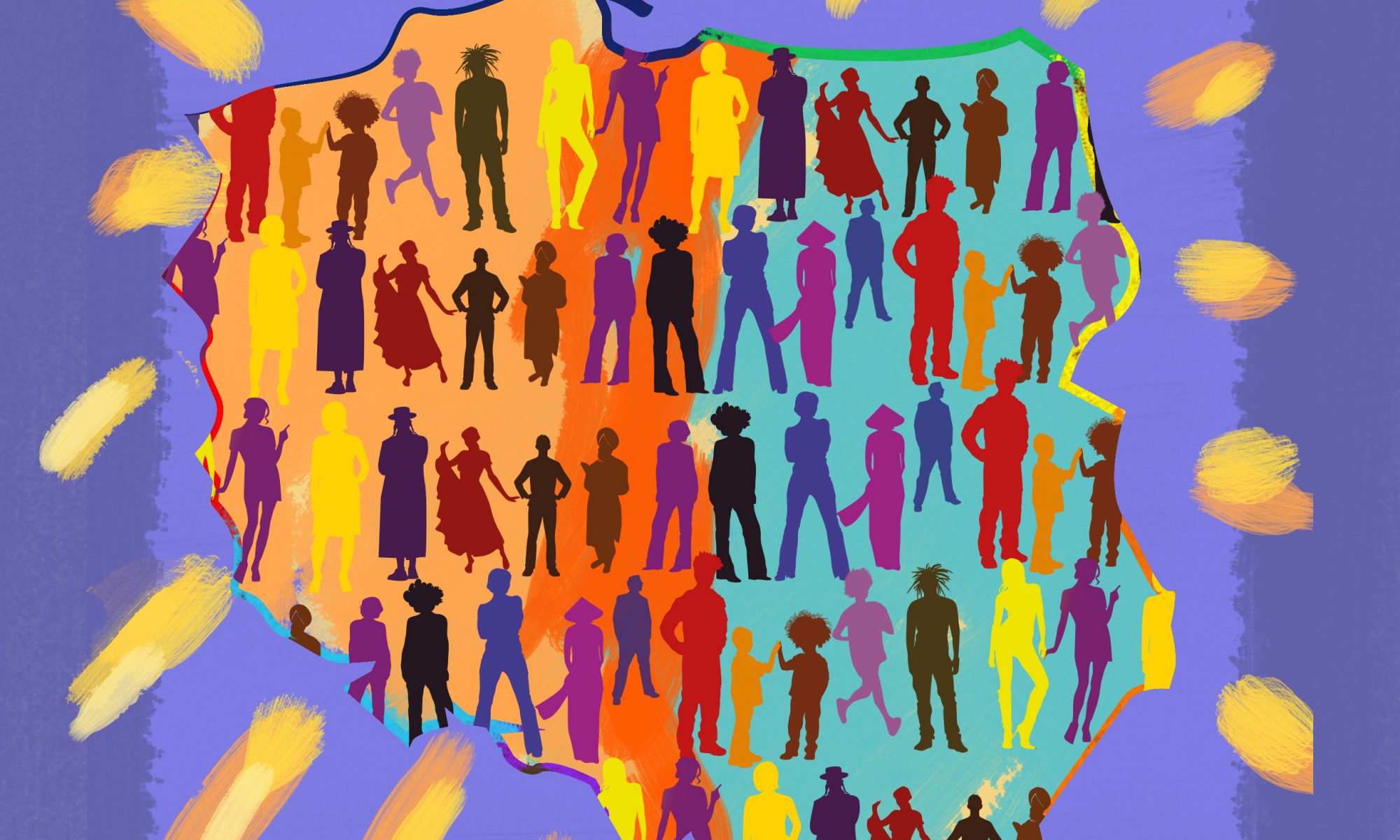 The team of the ‚NEVER AGAIN’ Association has been working tirelessly on global and local challenges of xenophobia, discrimination, hatred and extremism. In the last days, members of the Warsaw-based anti-racist organization have actively taken part in several important initiatives on international, national, and grass-roots levels.

On 1-3 November, Adam Kuczynski represented ‚NEVER AGAIN’ at the international seminar ‚United for Equality’ organized in Paris by Maisons des Potes, focusing on the rise of the far right across Europe.

On 1-4 November, Natalia Sineaeva-Pankowska (a ‚NEVER AGAIN’ member and a Rotary Peace Fellow) participated in the ‚Lessons and Legacies of the Holocaust’ conference held at Washington University in St. Louis (USA) as a panelist on the topic of ‎’Forgetting the Holocaust in the global era of remembrance’. ‎The biannual international conference is the premier intellectual gathering in Holocaust studies.

On 5-8 November, Collegium Civitas Professor Rafal Pankowski‎, co-founder of ‚NEVER AGAIN’, shared the association’s experiences at the Asia-Europe Meeting (ASEM) Seminar on Human Rights and Preventing Violent Extremism held in Yogyakarta (Indonesia). The ASEM is a forum for dialogue and cooperation established in 1996 to deepen relations between Asia and Europe. Members include 53 countries from both continents.

On 6 November, a public meeting about cooperation and solidarity with Polish anti-racists was held at Leith Community Education Centre in Edinburgh (organized by the Stand Up To Racism Scotland coalition) and the ‚NEVER AGAIN’ Association was represented by Witold Liliental.

On 10 November, an inclusive celebration of the centenary of Polish independence takes place in Hamilton (Canada), reaching out to Jewish, Muslim and other communities. The event, organized by members of the Polish-Canadian community and supported by the ‚NEVER AGAIN’ Association, is among a number of activities in the run-up to Poland’s Independence Day (11 November). In the last years, the national holiday was dominated by a large far-right march organized in the streets of Warsaw by extremist groups. Another such march is expected to take place on 11 November 2018, with the participation of islamophobic, antisemitic and neo-fascist groups from all over Europe. 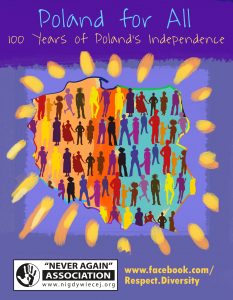 Throughout November, ‚NEVER AGAIN’ organizes and supports initiatives promoting an inclusive approach to Polish identity, challenging the growth of ethno-nationalism through a social media campaign using a ‚Poland for All’ hashtag, a literary competition for young people and grass-roots activities including a series of rock concerts under the headline ‚Music Against Racism’, some of them linked with the commemoration of the anniversary of the Kristallnacht pogrom (9 November 1938). For example, on 2 and 3 November, the well-known Polish band Dezerter played concerts with the ‚Music Against Racism’ theme in Malbork and Ostróda. On 3 November, a special ‚Music Against Racism’ show took place in Warsaw, featuring bands such as Human Rights, Uliczny Opryszek and RHL Ensemble, a new band formed by the legendary bard Janusz Reichel. ‚NEVER AGAIN’ activist Izabela Glowacka prepared and coordinated the promotion of anti-racist messages at the event.

On 9 November, Polish and Belorussian rock bands play under the ‚Music Against Racism’ banner at a festival co-organized in cooperation with ‚NEVER AGAIN’ by the local Museum and Belarussian Cultural Centre in Hajnowka.

On the same day, ‚NEVER AGAIN’ supports a conference entitled ‚Stop hate speech’ taking place in Zagorow with the participation of Bartlomiej Grzanka, director of the Kulmhof Death Camp Museum in Chelmno, and law enforcement representatives. A series of presentations and workshops takes place in local schools using materials provided by the ‚NEVER AGAIN’ Association.

On 12 November, the Warsaw Jewish Film Festival starts in Warsaw, also with the support of the ‚NEVER AGAIN’ Association. This year’s edition of the festival has a special significance in the context of an unprecedented wave of antisemitic statements in Polish media and politics which swept the country earlier this year.

The ‘NEVER AGAIN’ Association was founded in 1996 by Marcin Kornak (who passed away in 2014). ‘NEVER AGAIN’ has campaigned against racism and xenophobia, for peace, intercultural dialogue and human rights both in Poland and internationally.