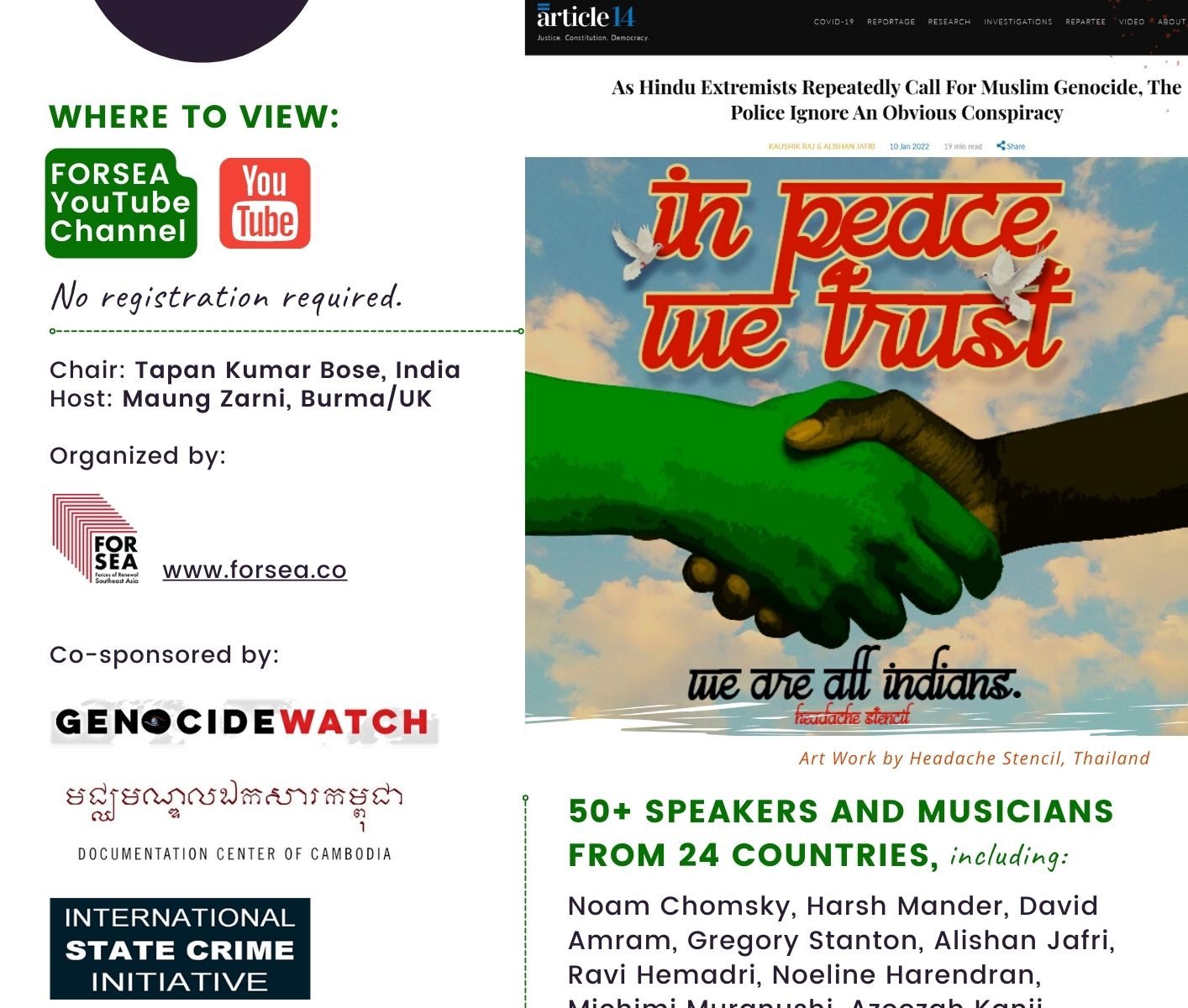 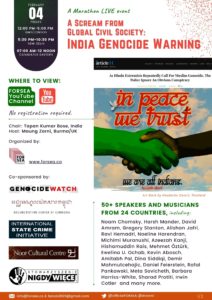 The meeting was chaired by Tapan Kumar Bose, an Indian filmmaker, human rights and peace activist, author and co-founder of, among others, the Pakistan-India Peoples’ Forum for Peace and Democracy. It was hosted by Maung Zarni, an exiled Burmese activist and intellectual, fellow of the Documentation Centre Cambodia and coordinator of the Free Rohingya Coalition. 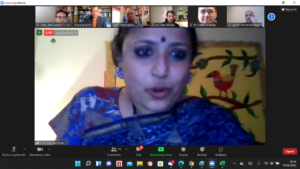 The programme featured activists and scholars from across the world, including Noam Chomsky (a renowned linguist and social critic), Irwin Cotler (international chair of the Raoul Wallenberg Centre for Human Rights), Dina Siddiqi (anthropologist and advisory council member of the South Asian feminist network, Sangat), and Gregory Stanton (founding president and chairman of Genocide Watch).

Co-founder of the ‘NEVER AGAIN’ Association Rafal Pankowski invoked the symbolic message of peace from Mahatma Gandhi for the readers of a Polish cultural weekly, published in Warsaw on the brink of the outbreak of World War II in September 1939. Pankowski also said in his speech: – ‘Today the motto Never Again relates to commemoration of the victims of genocide and totalitarianism, the fight against genocide denial and distortion as well as active solidarity with oppressed minorities everywhere, solidarity with the struggles for dignity, equality and respect.’

Numerous speakers noted with alarm the reports of the recent escalation of anti-Muslim and anti-minority rhetoric and violence as well as calls for genocide in India. Independent and Public-Spirited Media Foundation’s Article-14.com reported: ‘Hindu extremists have organised 12 events over 24 months in four states calling for genocide of Muslims, attacks on Christians and insurrection against the government. As more events are planned, we track how their events are unimpeded, main organisers are free and police see no conspiracy or incitement, in contrast to the quick arrests and action against dissidents, peace activists and journalists.’ 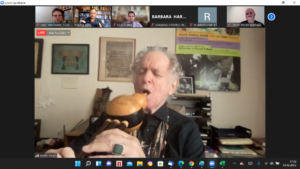 Harsh Mander, Director of Centre for Equality Studies in New Delhi and founder of Karwan-e-Mohabbat (‘Caravan of Love’) said: – ‘India is hurtling into a frighteningly dark place of hate, fear and violence for its minorities. It has badly lost its way from the inclusive and egalitarian country that was promised in its freedom struggle and constitution. The present climate of hate for minorities is engineered by the ruling leadership, that normalises, legitimises and valorises hatred and bigotry. There are many warning signs that echo the 1930s in Germany. If we don’t learn from history, we will be complicit in an immense crime against humanity.’