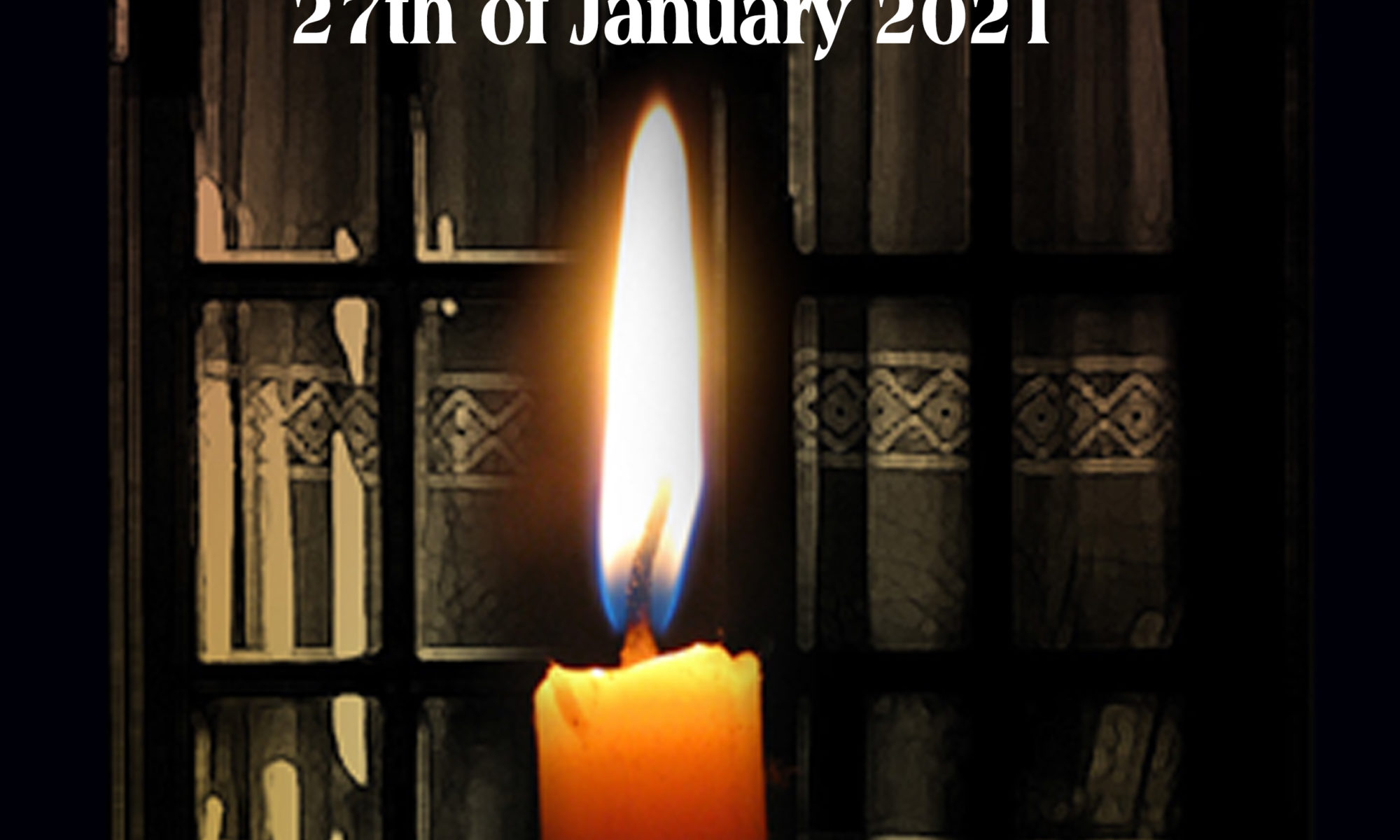 To mark the International Holocaust Remembrance Day, emphasise its universal significance and oppose its distortion, the NEVER AGAIN Association, together with its civil society partners and members in Southeast Asia, has co-organised a special online session on 27th January 2021. It brought together Jews, Buddhists, Muslims and Christians, intellectuals, faith leaders, human rights activists, educators and students from different countries and continents, with a special focus on the Southeast Asian region. 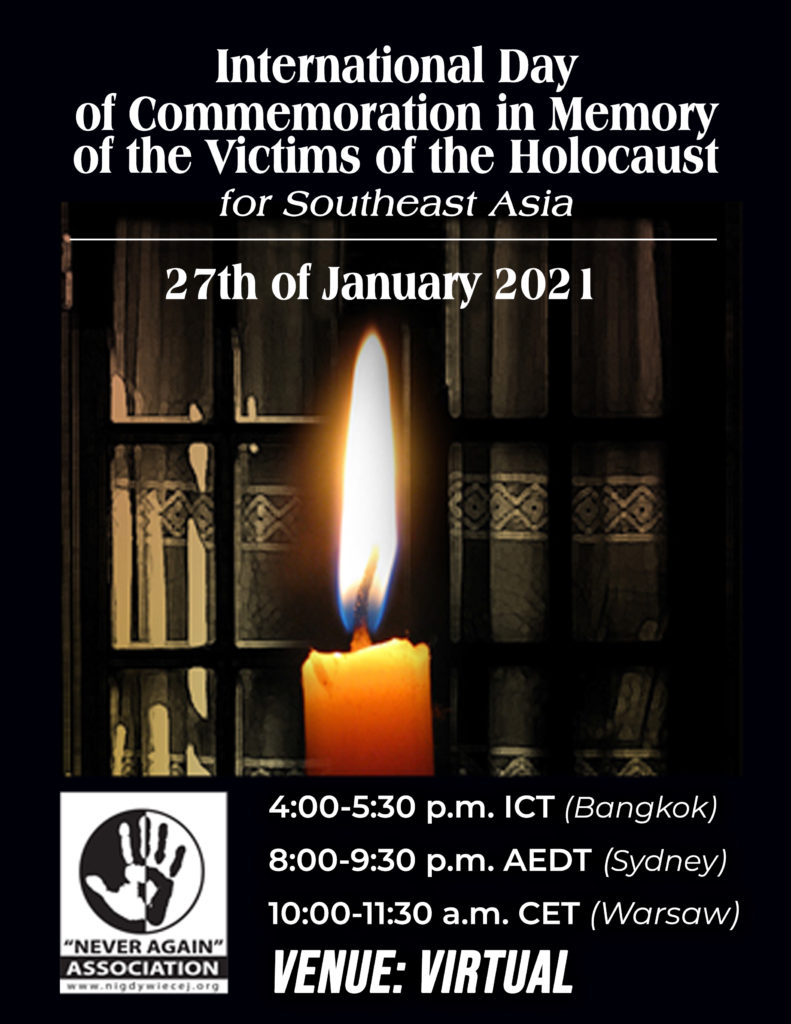 The participants came from Australia, Bangladesh, Cambodia, China, Germany, India, Israel, Malaysia, Myanmar, Norway, Poland, Singapore, South Korea, Thailand, UK, USA, and Vietnam. They discussed the legacy of the Holocaust, challenges for its commemoration and the possible meaning of its commemoration in the region of Southeast Asia in relation to the region’s history and experiences of genocide and mass atrocities.

The United Nations General Assembly designated the International Holocaust Remembrance Day or International Day of Commemoration in memory of the victims of the Holocaust in 2005. The 27th of January marks the anniversary of the liberation of the Nazi German concentration and extermination camp Auschwitz-Birkenau in Poland in 1945.

Natalia Sineaeva noted in her introductory remarks: – ‘Jews and Roma were mainly targeted for genocide by Nazi Germany during the Second World War, but its significance is universal. Today, when very few Holocaust survivors are left, we need to preserve this memory, and not let it be trivialised, banalised, or even worse, distorted and denied. How can we use and apply the universal lessons of the Holocaust which happened in Europe in a non-European context, where the experiences of the Second World War were different, for example in Southeast Asia? There is often a lack of knowledge of Holocaust history, but there are local histories of conflicts and instances of genocide, and various forms of genocide distortion exist, too.’

The online round table was the first in the series of further events to be organised for the project ‘Identifying and Countering Holocaust Distortion. Lessons for Southeast Asia’ implemented by the ‘NEVER AGAIN’ Association together with its partners in the countries of Southeast Asia. The project deals with various forms of Holocaust distortion and denial spread in the region of Southeast Asia, e.g., the usage of Nazi imagery, normalisation of the image of Hitler and Nazi Germany in popular culture; conspiracy theories scapegoating minorities and blaming the victims (including the Jews) for past crimes and historical conflicts; the dangerous globalisation of genocide denial, including the rise of ‘multi-deniers’ who distort both the Nazi crimes and other cases of genocide, such as the crimes of the Khmer Rouge or anti-Rohingya violence. Importantly, the project draws on the regional experiences of the Second World War and further instances of genocide in Cambodia, Myanmar, and Thailand to inspire critical memory discourses and develop capacities to counter Holocaust and genocide distortion in the region. It has been supported by the International Holocaust Remembrance Alliance (IHRA).