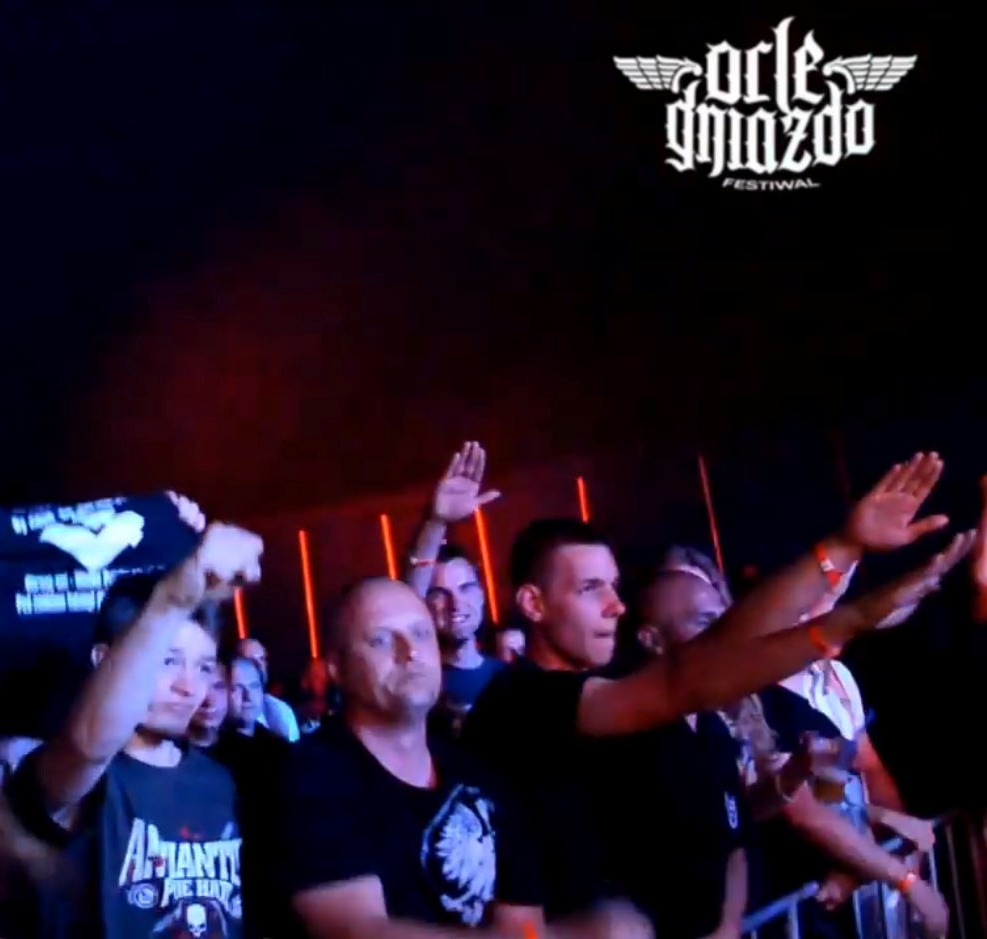 A member of the anti-racist ‘NEVER AGAIN’ Association, Anna Tatar will have to defend herself in court because of critical statements she made about an extreme-right music festival.

The organizers of the Eagle’s Nest festival allege a criminal offence of defamation. The proceedings were commenced in the Kielce District Court and in October 2017 they were transferred to the Regional Court for Warsaw. The maximum possible punishment for the offence is a one-year prison sentence.

The case arose out of an interview which Ms Tatar gave in the mainstream internet news portal Onet.pl in 2016. She stated that ‘during The Eagle’s Nest festival fascist ideas are promoted and such events must not take place in Poland.’ 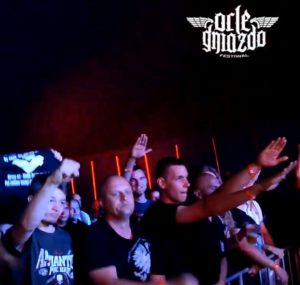 The Eagle’s Nest festival has taken place in Poland annually since 2013. The participants include both Polish and foreign bands but the common thread between their repertoires is racial hatred. Some of the groups have been affiliated to the international neo-nazi network Blood and Honour. They have included All Bandits, Nordica, Stalag and Obled (previously known as Konkwista 88). The last band has a song about fighting ‘for blood and honour, for white pride and the Celtic cross.’ Similar sentiments appear in their song ‘The White Violets’ where the lyrics are: ‘We shall not allow the spoiling of our pure blood, we are the Slavic power.’ The documented responses to such songs from the festival audience include frequent Sieg Heil salutes.

Dr Anna Tatar has been a long-term co-editor of the ‘NEVER AGAIN’ magazine. She authored a PhD thesis at Warsaw University in the field of Holocaust literature on the subject of ‘The Polish-Jewish relations in the works of Hanna Krall.’

The court action against Anna Tatar is not the only one. Leszek Scioch, an active member of ‘NEVER AGAIN’, also protested against the public expressions of neo-fascist ideology and has been accused of breaking the law recently. On 15 August 2017 in Warsaw he took part in a peaceful protest against the march organized by the extremist groups, All-Polish Youth (Mlodziez Wszechpolska, MW) and the National-Radical Camp (Oboz Narodowo-Radykalny, ONR). Mr Scioch was in a group of people who sat in the middle of Nowy Swiat Street in Warsaw along which the march was proceeding. The police forcibly removed them and a few weeks later he was called to the police station and charged with the offence of ‘preventing a lawful demonstration celebrating the victory of the Polish soldiers over the Red Army.’ In his opinion this description of the events is a gross misrepresentation of what happened. He pleaded ‘not-guilty’ and is now awaiting trial.

Another ‘NEVER AGAIN’ activist, Rafal Maszkowski, participated on 29 April 2017 in a protest against the demonstration commemorating the anniversary of the establishment of the fascist National-Radical Camp in 1934. The ONR members were marching on the streets of the Polish capital shouting slogans such as ‘Death to the enemies of the Fatherland’, ‘No Islam, terrorists, Muslims in our country’ and ‘The white warriors are coming.’ Mr Maszkowski joined a group of people sitting in the street and holding hands in front of the march. As he recalls: ‘the police forcibly removed us one by one and carried us to a fenced off area. However, the officers took no action against the marching fascists.’

– ‘The activities of the extreme right in Poland are getting more and more bold and ostentatious. The musical festivals and marches which they organize allegedly to celebrate various national holidays are but an umbrella for the rallies of neo-nazis from all over Europe. It is depressing to see that the anti-racist activists are facing consequences in the courts’ – said Anna Tatar.

Despite the pressure, the activities of the ‘NEVER AGAIN’ Association do not cease or diminish. In the autumn of 2017, ‘NEVER AGAIN’ protested against the planned visit of Richard Spencer, a US ‘alt-right’ leader who had been expecting to take part in the 11 November Independence Day celebrations in Warsaw.

The ‘NEVER AGAIN’ Association is an independent organization established in Warsaw in 1996. The mission of the ‘NEVER AGAIN’ Association is to promote multicultural understanding and to contribute to the development of a democratic civil society in Poland and in the broader region of Central and Eastern Europe. It received personal endorsements from figures such as Jan Karski, Simon Wiesenthal and US President Barack Obama, among others.